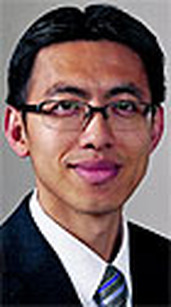 Oftentimes when applying to programs at university, students feel like they are forced to choose between their interests. Sciences or humanities. Maths or arts. Seldom does a student feel as though they can pursue more than one of their interests at a higher level of education, as they believe that there is no realistic way that this will be able to serve them later in life, in terms of finding a job. For Roger Tam though, it was his unique combination of passions that transcended conventional educational boarders that led him to where he is today.

Combining his love for chemistry and law, Mr. Tam pursued both a pharmaceutical degree and a law degree. He is currently working as both a pharmacist at Shoppers Drug Mart Canada, and as the Vice-President Legal at pharmaceutical company Hoffmann-La Roche (a company which is a leader in the research and development of pharmaceutical and diagnostic solutions). In both jobs, he works with medicinal drugs. As a pharmacist, he prepares and dispenses these drugs from prescriptions brought to him and recommends over the counter drugs to customers.

As the Vice-President Legal at Hoffmann-La Roche (Roche Canada), he is responsible for all legal matters that pertain to Hoffmann-La Roche, including patent litigation, compliance, privacy, general commercial matters, contractual matters, and supply matters. As both a pharmacist and a pharmaceutical lawyer, Mr. Tam pulls upon his extensive chemistry knowledge for dealing with the expected, such as preparing drugs, to things one would never imagine that a chemistry background would be needed for, such as patent litigation.