As both a pharmacist and a patent litigator, Roger Tam uses some of his solid chemistry background knowledge on a daily basis. After talking with him, I learned that many of the things that I have learned in Grades 11 and 12 Chemistry have real-life applications in the job market. Here are some of the connections that I have made between Mr. Tam's jobs and our current curriculum: 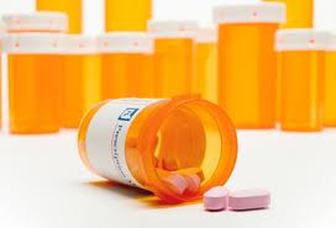 As shown in my first sample from the workplace, stoichiometry problems are a typical part of a pharmacist's daily routine. Learned in Grade 11 Chemistry and continued with throughout Grade 12 Chemistry, stoichiometry is the study of the relationship between quantities of substances. It is in the stoichiometry unit that we learn about the ‘mole,’ which is the SI unit of the amount of substance. This type of chemistry can be extremely useful, and is essential to pharmacists. Everything from determining the amount of mg/ml (as in the first sample) to finding the amount of reactant a reaction needs to proceed can be deemed part of stoichiometry. Pharmacists use the mole and various calculations that use this value to mix chemicals that form powders, tablets, and ointments. These measurements are essential to make sure that the right relative amount of a certain chemical can be found in the medicine that they dispense. 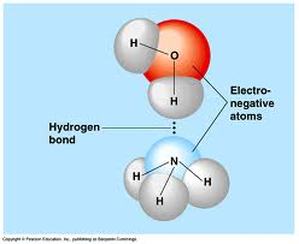 As a patent litigator, Mr. Tam must have a working knowledge of how even minute changes in a molecule’s physicality might change the overall solubility of the substance. In Grade 11 Chemistry, we learn how ‘like dissolves like,’ in terms of polar and non-polar molecules. We learned about the difference between polar and non-polar molecules, and the functional groups/types of bonds that must be present for a molecule to be deemed polar. Concepts and patterns such as electronegativity help determine the polarity of different compounds, determining if, and in what, the molecule might be soluble. Along with intramolecular forces, intermolecular forces, such as hydrogen bonding, often play a part in whether or not a compound is soluble. Patent litigators in the pharmaceutical field like Mr. Tam use this knowledge everyday to compare and contrast different molecules and drugs to determine what the effect will be. Even small changes in the solubility of a drug can change when, where, and if it will dissolve into the bloodstream. This can have a huge effect on the effectiveness of a drug.

Understanding how to properly dilute chemicals dilutions is an essential skill for a pharmacist. This skill is used for example, in creating IV solutions. Pharmacy Dilution Math is a process of reducing the concentration of asolution by adding more solvent. This short animation describes how to prepare and follow through with a serial dilution, a concept that we learned about and put into practice in Grade 11 Chemistry. It is especially important to not only be able to understand how to do the calculations to set up the dilution, how to do the dilution optimally, and how to calculate the final dilution, but also how to properly read and label dilutions. For example, D5W, one of the most commonly used IV solutions, stands for 5% dextrose in water. In this case, dextrose is the solute, which has been dissolved in water (the solvent). The percentage strength (5%) refers to the concentration of dextrose dissolved in the water. From this information, a pharmacist or a pharmaceutical technician can prepare a dilution to create the requited solution.


As seen in sample #2 from the workplace, one concept that is taught in Grade 11 Chemistry that is essential for pharmacists to understand is the concept of concentration. In general, concentration is the relative amount of a given substance contained within a solution or in a particular volume of space. In chemistry terms, concentration is most often the amount of solute per unit volume of solution. We also learn formulas to calculate molar concentration (amount of moles per the total volume). Concentration and dilutions directly relate to one another, as determining a concentration often leads to needing to prepare it, and this is where dilutions come into play. 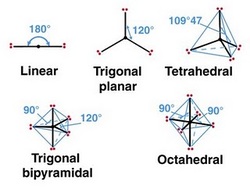 Molecular stability, a concept introduced in Grade 11 Chemistry and expanded upon throughout Grade 12 Chemistry, is another concept Mr. Tam uses as a patent litigator. The stability of a compound is dependent upon many things: bond types (single, double, triple), bond angles, polarity, ionization energy... etc. Being able to compare different molecules in terms of their stability allows Mr. Tam to calculate the likelihood of a wanted, or unwanted, reaction. From this, he can then determine the products of potential reactions, and the types of reactions that could possibly take place (endothermic, exothermic, substitution, addition, etc.)

A 'pro drug' is a biologically inactive compound that can be metabolized in the body to produce a drug. Unlike active drugs that take effect directly after being ingested, pro drugs must be metabolized before they can start to work in the body. They have many benefits, but also are much more difficult to control. Understanding the conditions in which pro drugs can become active and the enzymes that help this process is necessary in Mr. Tam's job. He must look at the chemical reactions that take place throughout the body after a pro drug has been taken and determine if a) the reaction will occur and b) if it will have the effect that they desire it to. 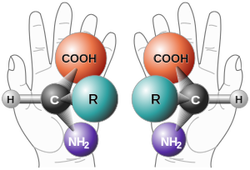 Everyday at Hoffmann-La Roche, Mr. Tam looks at 'new and improved' drugs, aiding in determining if they can be patented and used to help save people's lives. For this, he must have a working knowledge of molecular structure. The determination of molecular structure uses a multitude of experimental methods, that include X-ray diffraction, electron diffraction, many kinds of optical spectroscopy, nuclear magnetic resonance, electron spin resonance, and mass spectrometry. The structure of a compound can determine it's reactivity, stability, solubility, and many other things, all of which are crucial to know when trying to determine if a drug can safely be put on the market. Mr. Tam looks at things such as chirality (when something is asymmetric in such a way that the structure and its mirror image are not superimposable) when analyzing a new compound. Chiral compounds are usually large organic molecules that often have one or more 'chiral centres' (where four different groups are attached to a carbon atom). Chiral compounds and resonant compounds have very different properties, and knowing the difference is crucial to understanding the implications of the drug on the human body. 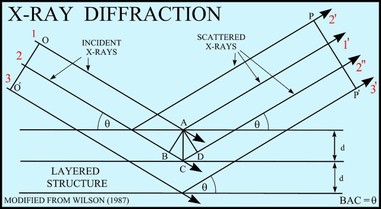 X-ray diffraction, as previously stated, is one of many ways to determine the molecular structure of a compound. X-ray crystal structures can serve as the basis for designing new pharmaceuticals against diseases, which is exactly what Mr. Tam does in his job at Hoffmann-La Roche. As we learn in our Chemistry curriculum, a crystal is a solid material whose atoms/molecules are arranged in an ordered pattern in all three dimensions. This symmetrical structure makes X-ray diffraction and X-ray crystallography a viable option for to determine molecular structure, and by extension the properties of a molecule. 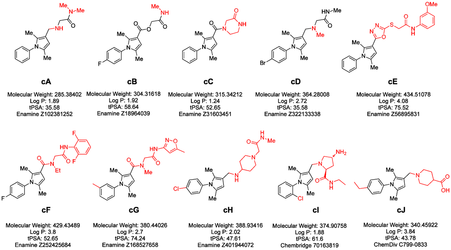 As Mr. Tam said in my interview with him, human bodies are not really meant for man-made drugs to enter them.  The real art, in my opinion, or creating drugs to heal the human body, is making them so that our body first accepts them. Compounds that are prepared by reaction of other compounds are referred to as "synthetic". They may be either compounds that already are found in plants or animals or ones that do not occur naturally.
Most polymers, are organic synthetic or semi-synthetic compounds. Polymers are sometimes used for drug delivery, and are an integral part of making sure that the synthetic drug reaches its destination and is able to be used to help the body. In Grade 12 Chemistry, we learned all about polymerization and the different types of polymers. We learned how to name them, and where they are most often found. This knowledge is used by pharmacists and pharmaceutical lawyers in their daily jobs. 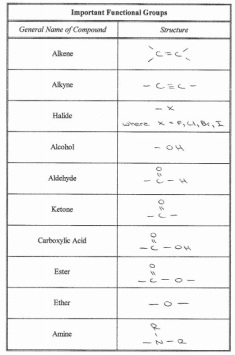 A large part of Mr. Tam's job as a patent litigator depends upon whether or not the new drug that is proposed is different enough from it's successor to make a large difference in it's effectiveness. Very minute changes to a molecule can alter it's efficiency greatly, along with it's use in the body. A knowledge of functional groups and organic chemistry is necessary to being able to fully understand the effects of a molecule on the body. As we discovered this year in Grade 12 Chemistry, different functional groups and bonds such as esters, carboxylic acids, amines, amides, ketones, and aldehydes have very different properties, and result in the molecule the belong to having very different properties. Some functional groups are polar and some are non-polar, resulting in different melting and boiling points. Some have a charge associated with them, while others do not. Different functional groups can be hydrophilic while others can be hydrophobic, and others can change the acidity of a compound. All of these factors can have a huge impact on the human body, which can detect even the slightest difference in acidity or temperature. Being able to understand the molecules that they are working with is a very important concept for pharmaceutical lawyers.

Another topic covered extensively in science classes starting in grade 10 is unit conversion. From problems involving pressure to temperature to mass, being able to convert the units given into a workable format is a imperative skill for any pharmacist or scientist. As a Shoppers Drug Mart employee, Mr. Tam uses his ability to convert measurements on a daily basis in his position as a pharmacist.
Powered by